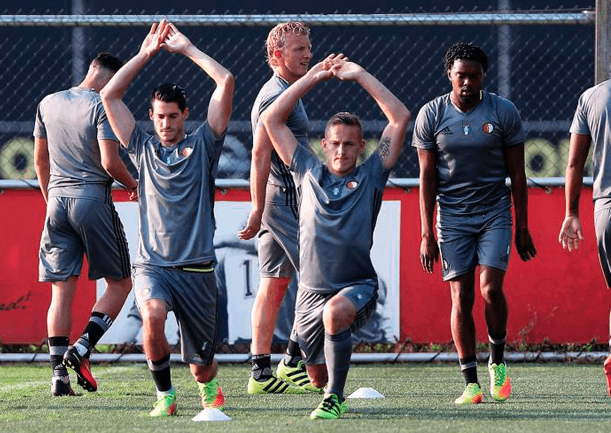 Between November 2016 and April 2017 the Costa del Sol will host more than 112 soccer teams from more than 29 nations. It is estimated that 4,862 elite players will stay in towns along the Málaga coast during their winter break, providing an estimated 6.5 million euros to the province.

The president of the Málaga Council, Elías Bendodo, together with the leaders of the company Football Impact, recently presented forecasts for this winter’s sports tourism brand 'Sport Destination', whose purpose is to attract renowned clubs and athletes to hold a preseason stay on the Costa del Sol.

Some of the new visitors featured at the press conference included Borussia Dormund (Germany), Inter Milan (Italy), Feyenoord Rotterdam (Netherlands), Rubin Kazan (Russia), and FC Basel Paraenense (Brazil).  Numerous other teams like Bayern Munich, Mainz, Dinamo Kiev, among others, already choose the Costa del Sol for their training during the winter months. They coordinate with Football Impact, which has been working for many years to bring teams from all over the world to the Costa del Sol during the winter season - dates that coincide with the low tourist season.

The trend initially began with Scandinavian teams, who were the first to travel to the Costa del Sol during the snowy season. As Malaga's popularity has grown as a footballing destination, European teams and countries such as Morocco, Saudi Arabia, China and Korea have followed suit.

According to the company's forecasts, the Costa del Sol could host up to a total of 140 teams, which would be accommodated in some of the well known Málaga towns including Marbella, Estepona, San Pedro de Alcantara, Benahavís, Alhaurín el Grande and Manilva.

Each team brings approximately 40 people per team, for an average 10 day stay in a 4 or 5 star hotel. "The teams are of the highest level, so the purchasing power is broad and the spending capacity is high” said the provincial president, adding that the Sport Destination brand "helps to bring tourists of high purchasing power in the low season".

For information about buying property on the Costa del Sol please contact Siesta Homes on +34 952 90 87 05 or visit our website, siestahomes.com.