Sherry is making a comeback 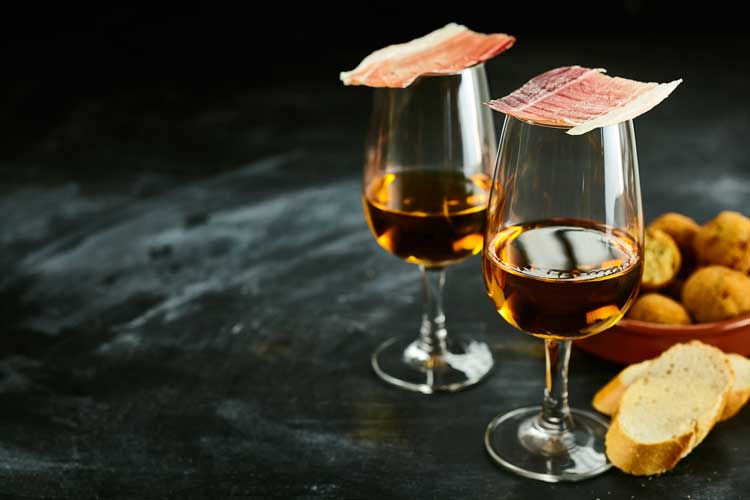 After falling in popularity over the years, sherry is finally back on the rise and is expected to become more popular than ever.

With its popularity on the rise, the International Wine and Spirit Record (IWSR) is anticipating a huge increase in sherry sales in the UK. They expect the growth to be as much as 18% between 2016 and 2021, and also for the sales of premium Spanish wines costing between $10-$20 to reach 19 million 9-litre cases by 2021[1]. The reason for the dramatic increase is thought to be because more and more people are rating the quality of the alcohol above the quantity.

In Andalucia, we’re lucky to be surrounded by dozens of incredible bodegas, so let’s take a better look into sherry production in Spain and beyond.

Sherry is a fortified wine which is made with Muscat of Alexandria, Palomino and Pedro Ximénez grapes. The wine is made in the beautiful landscape of Andalucía, in the “Sherry Triangle” between Jerez de la Frontera, El Puerto de Santa Maria and Sanlúcar de Barrameda in the Province of Cádiz[2]. The area’s hot, dry climate and ocean breeze offers the perfect environment for the vineyards.

Sherry then, now and in the future

Sherry was first referred to in the 1st century BC by a Greek geographer called Strabo in his book Geography (Volume 3) and has since been mentioned numerous times throughout history. In later years, the popularity of sherry was widely driven by the British, due to their enthusiasm for the wine and for spreading it throughout their colonies across the globe[3].

According to Wine and Spirit Trade Association (WSTA), the wine’s popularity took a downturn in 2015, selling only 10 million bottles compared to the 22 million ten years earlier in the UK. The 2018 annual report from Majestic Wine plc shows that the sherry is back and rising in popularity and that there has been an incredible 46% sales increase to date[4]. Today, sherry is considered to be a premium product by both a younger audience and the older population around the world. The younger audience has also reinvented the way sherry is enjoyed, by using it as a cocktail base and as a long ice-cold drink on hot summer days.

The International Sherry Week to be held between the 8th and 14th October 2018, will celebrate its fifth year. The event was bigger than ever last year, with more than 2,500 registered events taking place in over 30 countries from Norway to Taiwan. The event focuses mainly on gastronomy and retail… however it is the sherry cocktails that prove to be the most popular[5]!

Visit a bodega in the sherry triangle

The Sherry Triangle is located approximately two hours from Marbella, in Cadiz. If you are interested in our developments situated in the neighbouring Province of Málaga, visit our website http://www.siestahomes.com/developments/

Has this blog post made you thirsty? Here’s a fun sherry recipe to try!

Hey Hey, My My Sherry cocktail

If you are interested in making a fresh sherry cocktail in the late summer heat, why not try out the refreshing Hey Hey, My My….

First make the honey simple syrup by mixing 1 tablespoon of hot water and 3 tablespoons of honey, then let it chill.

Add all of the ingredients to a cocktail shaker and mix. Add ice and shake again for approximately 30 seconds. Strain the drink into a glass of your choice and enjoy. This is the perfect drink to quench your thirst whilst soaking up the sunshine.