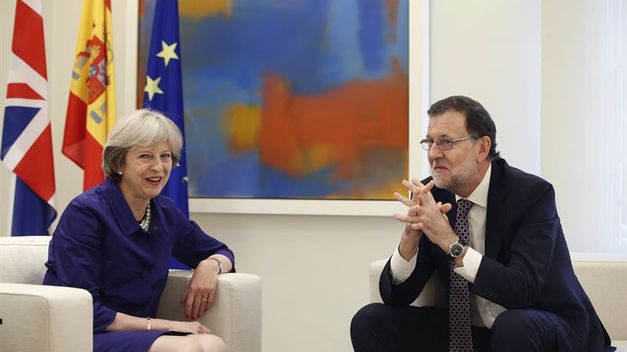 During the EU summit in Malta earlier this month, Theresa May was told by Spanish Prime Minister, Mariano Rajoy, that he favoured a quick agreement on ‘reciprocal rights’.  This is good news for the 309,000 Britons who currently live in Spain, and represent the largest group of UK nationals living on the continent.

At present approximately 2.8million EU citizens reside in Britain so settling the post-Brexit status of expats has caused tensions, particularly after Chancellor Angela Merkel blocked a deal proposed last year aimed at protecting the rights of citizens on both sides, stipulating that Brexit talks could not begin until official negotiations are initiated this spring.

Although this remains the situation, talks between May and Rajoy were certainly positive, with May’s spokesperson commenting that “They both agreed it was an area it would be good to get agreement early on in the negotiations, with the need to get an agreement on reciprocal rights.”  He continued, ’We are firmly of the opinion that we want this issue to be resolved early”.

During their talks Mrs May and Mr Rajoy were also in agreement about the importance of the future relationship of the two countries after Britain’s exit, in order to provide certainty for both businesses and individuals who wish to live and work in each other's countries.

This is positive news for Expats already living in Spain as well as those considering making the move.  Spain continues to be extremely popular as a destination for European nationals because of its warm climate, reasonable house prices and high standard of living.

Siesta Homes is proud to promote 2 beautiful developments along the Costa del Sol for buyers looking to invest in Spain.  After great success with similar projects such as the Aloha Hill Club in Marbella, buyers looking to invest in La Cala Hill Club and The Oakhill can expect high quality living and incomparable services.  Siesta Homes has a proud philosophy of always offering more and these two development are no exception.

For more information about these stylish developments please contact Siesta Homes on +34 951 204 324 or visit the development websites, lacalahillclub.com and oakhillmarbella.com.